Who Was Lydia Pinkham? 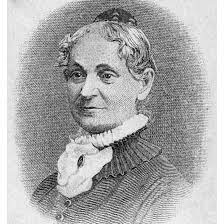 Who was Lydia E. Pinkham?

When Legend is the elder sister of History.

1819, Lydia Pinkham was born in the manufacturing city of Lynn, Massachusetts, the tenth of the twelve children of William and Rebecca Estes, an old Quaker, strongly abolitionist and anti-segregation family. Lydia joined the Lynn Female Anti-slavery Society when she was sixteen.

Like many women of her time, Pinkham brewed home remedies, her remedy for « female complaints » became very popular among her neighborhood. From 1876, mass marketed, Lydia E. Pinkham’s Vegetable Compound became one of the best known patent medicines of the 19th century. Descendants of this product are still available today.

The label originally and assertively claimed: « A Sure Cure for PROLAPSIS UTERI or Falling of the Womb, and all FEMALE WEAKNESSES, including Leucorrhea, Painful Menstruation, Inflammation, and Ulceration of the Womb, Irregularities, Floodings, etc. ». « A medicine for women. Invented by a woman. Prepared by a woman. » Medical principle: « First, do not harm. »

The ingredients have been used by traditional medicines over the continents. The original formula for Lydia Pinkham’s Vegetable Compound was:

« The formula contains drinking alcohol, ethanol, as in wine, beer and liquor of all sorts. Alcohol relieves muscular stress and acts as a pain killer, and also changes one’s mood. »

Additions in later versions include:

Homeopathic use of these traditional botanic, to come…

wpDiscuz
Have no product in the cart!
0